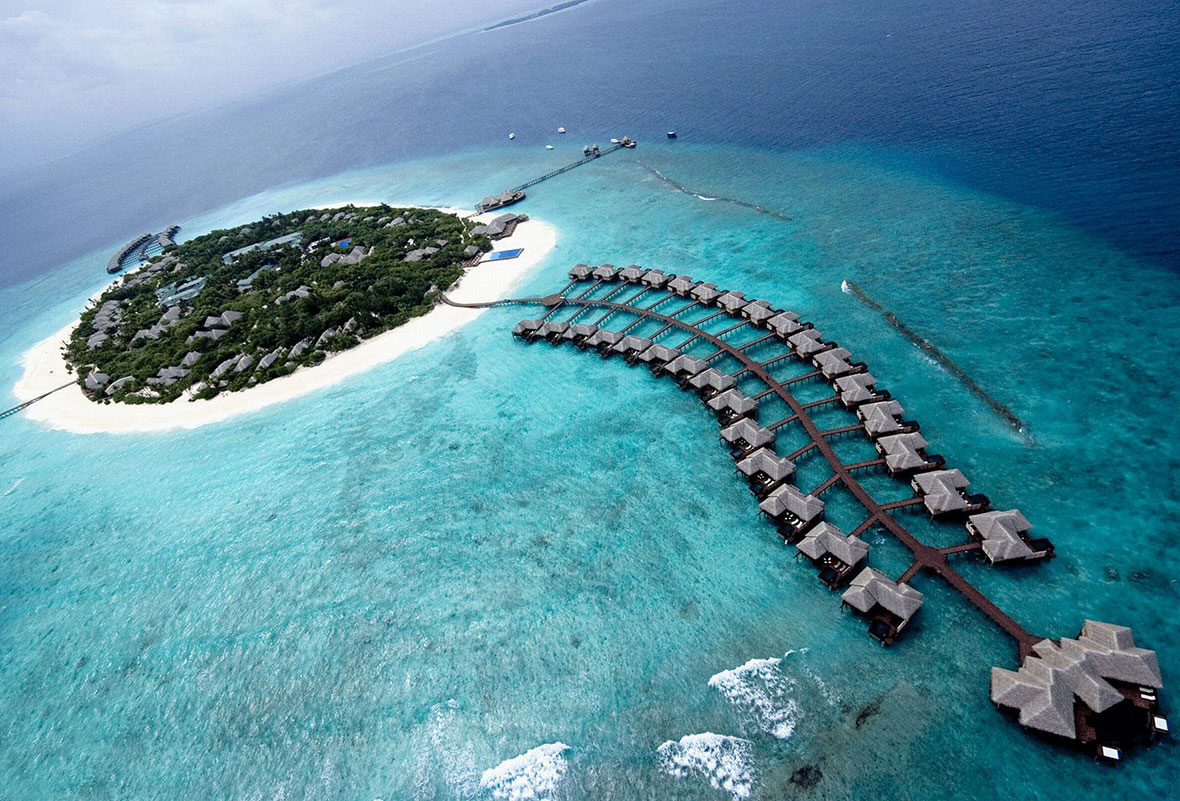 The Republic of Maldives is a group of atolls in the Indian Ocean about 417 miles (671 km) south-west of Sri Lanka. Its 1,190 coral islets stretch over an area of 35,200 square miles (90,000 sq km). It is famous for its fabulous beaches, sparkling blue lagoons and majestic coral reefs.

Malé is the capital, and the financial and commercial centre where all the branches of the government are also based. Malé also features a bustling fish market, shops and restaurants and is one of the most densely populated cities in the world. The Maldivian people share a common ancestry, history and cultural heritage that can be traced back to Sri Lanka, India, Arabs, Malays and North Africans, with Islam becoming the main religion of the Island in 1153. As a result, many famous landmarks of the country were greatly influenced by Islamic architecture. The Maldivians have also been influenced by other cultures that have passed through the islands and are generally considered a hospitable people and tourists are often welcomed with a fresh coconut drink.

Due to its marine location, every type of water sport is available in the Maldives from canoeing and catamaran sailing to parasailing, diving, fishing, surfing, snorkelling and much more. There is more to the Maldives that just the sand, sun and sea however, there is a rich culture and heritage to explore in the villages of the Islands also. There are heritage sites to discover, the National Museum, local handicrafts to source, cultural performances to enjoy and local cuisine to sample.

As well as luxury hotels, the Maldives also provides other accommodation options like smaller hotels, guest houses and even boats such as ‘liveaboard’ where you stay usually onboard a yacht and enjoy diving plus its other amenities such as a spa.